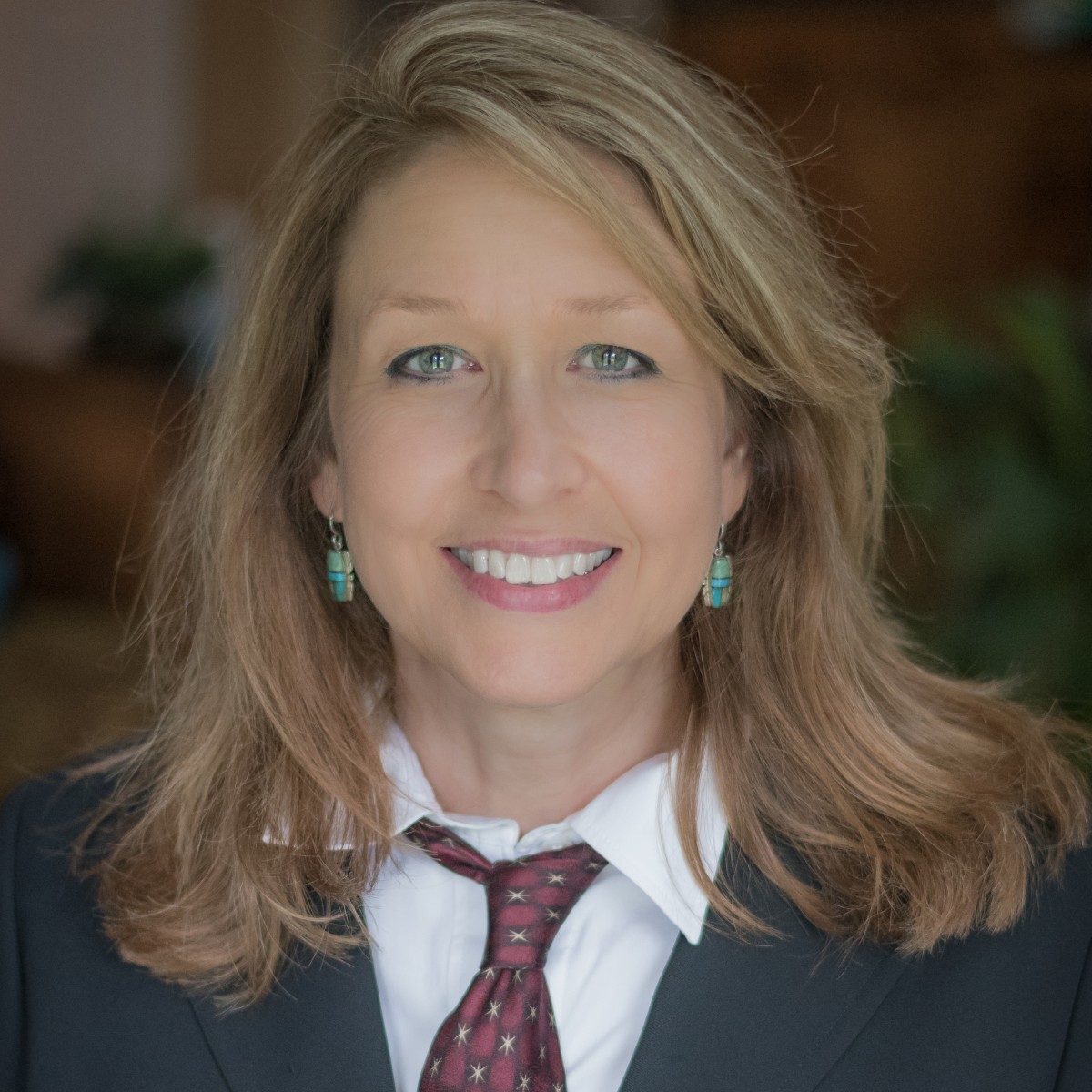 Terri Miller grew up in Huntsville, Alabama, where she received a lifetime of inspiration being surrounded by engineers developing life-changing technologies focused in science and space exploration at NASA Marshall Space Flight Center and Redstone Federal Arsenal. With these influences, Ms. Miller pursued a Bachelor’s degree in chemical engineering at the University of Alabama in Huntsville (UAH).

In order to pursue her passion in space and engineering, Ms. Miller chose to earn her Master’s degree in chemical engineering at UAH, where she also worked as a Principal Investigator with the NASA Consortium for Materials Development in Space (CMDS).  Her work involved developing spaceflight hardware for suborbital rocket flights, which provided the basis for her studies of the effects of microgravity on the processing of various materials used in developing cutting tools for the machine tool industry. Through this experience, she was able to learn how to develop instrumentation for data collection, instrument design, and all the operational aspects of developing and flying space-qualified hardware.

Ms. Miller's professional career has evolved from engineering roles to roles of management including responsibility for profit and loss within both the chemical and aerospace industries. She has served as a board member on the Chemical Industry Council of Maryland, where she worked with government leaders, legislators, lobbyists and industry partners for the betterment of the local community. She was also a founding member of the South Baltimore Community Advisory Panel (CAP) where lines of communication between industry, local government services, and community leaders were established and promoted.

The companies where she has held leadership positions have included, Atotech USA Inc, FMC Corporation, and Northrop Grumman, where she served as the Site Director for the Space Technologies Services group. This position allowed her to manage and participate in the development of flight-qualified avionics for NASA and the DOD. Most notably, she and her team developed the flight avionics and software for the Lunar Crater Observation and Sensing Satellite (LCROSS) mission that discovered frozen water on the south pole of the moon.

Ms. Miller brings a broad range of understanding to her commercial and government customers as she assists them in reaching their objectives and goals. 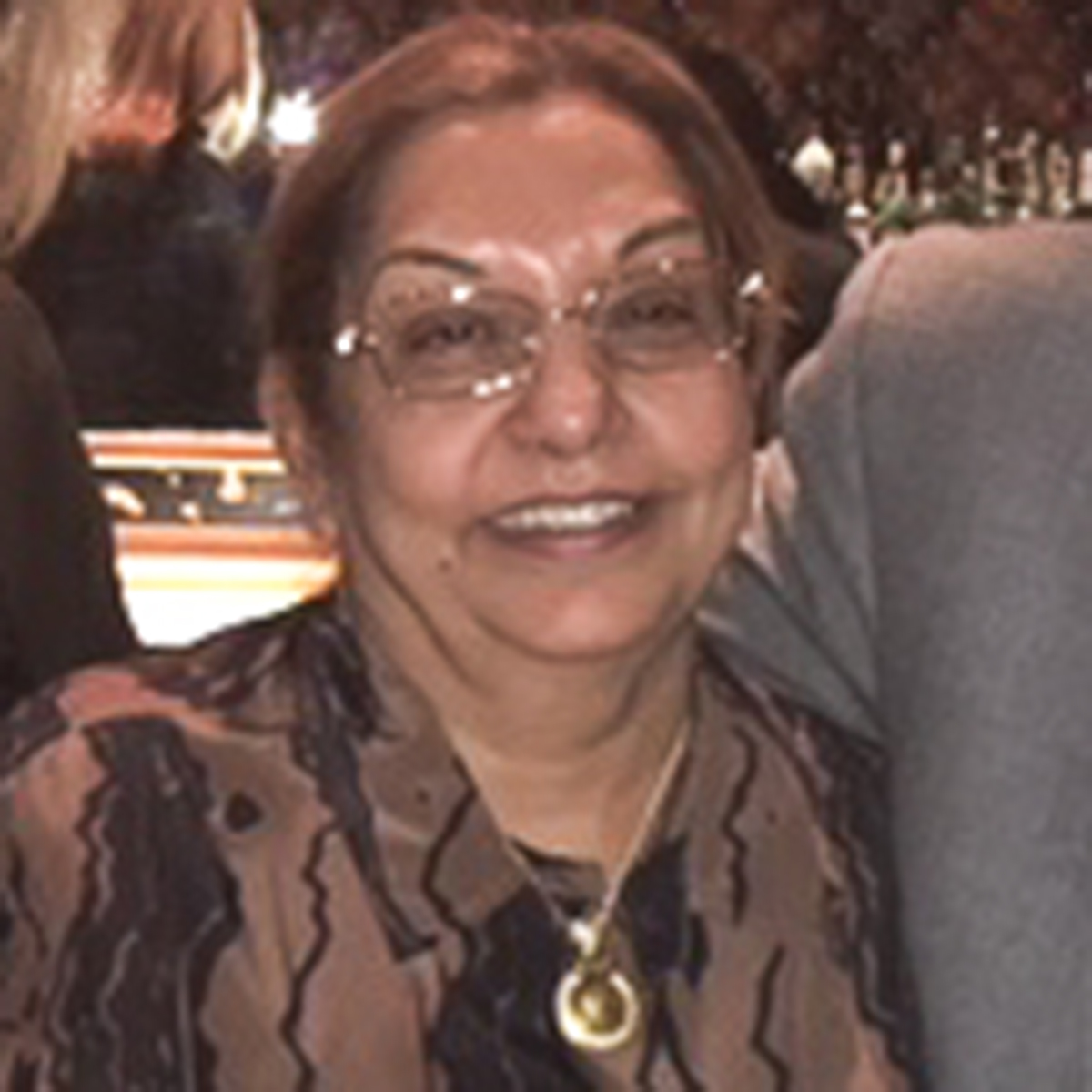 Anita Talwar has more than 35 years of industry experience in successful federal government contracting to clients in the civilian and defense agencies. Ms. Talwar started Advanced Management Technology, Inc. (AMTI), one of the fasting growing 8(a) and Woman Owned Small Business government contractors in the Washington D.C. metropolitan area in the early 2000's.

Ms. Talwar is a dynamic manager with demonstrated expertise in leadership and customer relations to deliver winning innovative and strategic solutions. As President/CEO of AMTI, Ms. Talwar provided high-performance computing services to NASA Ames Research Center and engineering services to the FAA. She sold her company to Tetra Tech Inc in 2008.

AMTI was known for its superior performance, reliability, and commitment to excellence in ensuring customer success. The company was cited for various awards including second largest 8(a) contractor in the United States, second largest woman-owned company in the DC metro area, and an Entrepreneur of the Year Award from Ernst & Young. Ms. Talwar holds a Bachelor of Arts with honors and Master of Arts degree in English from New Delhi University, India. 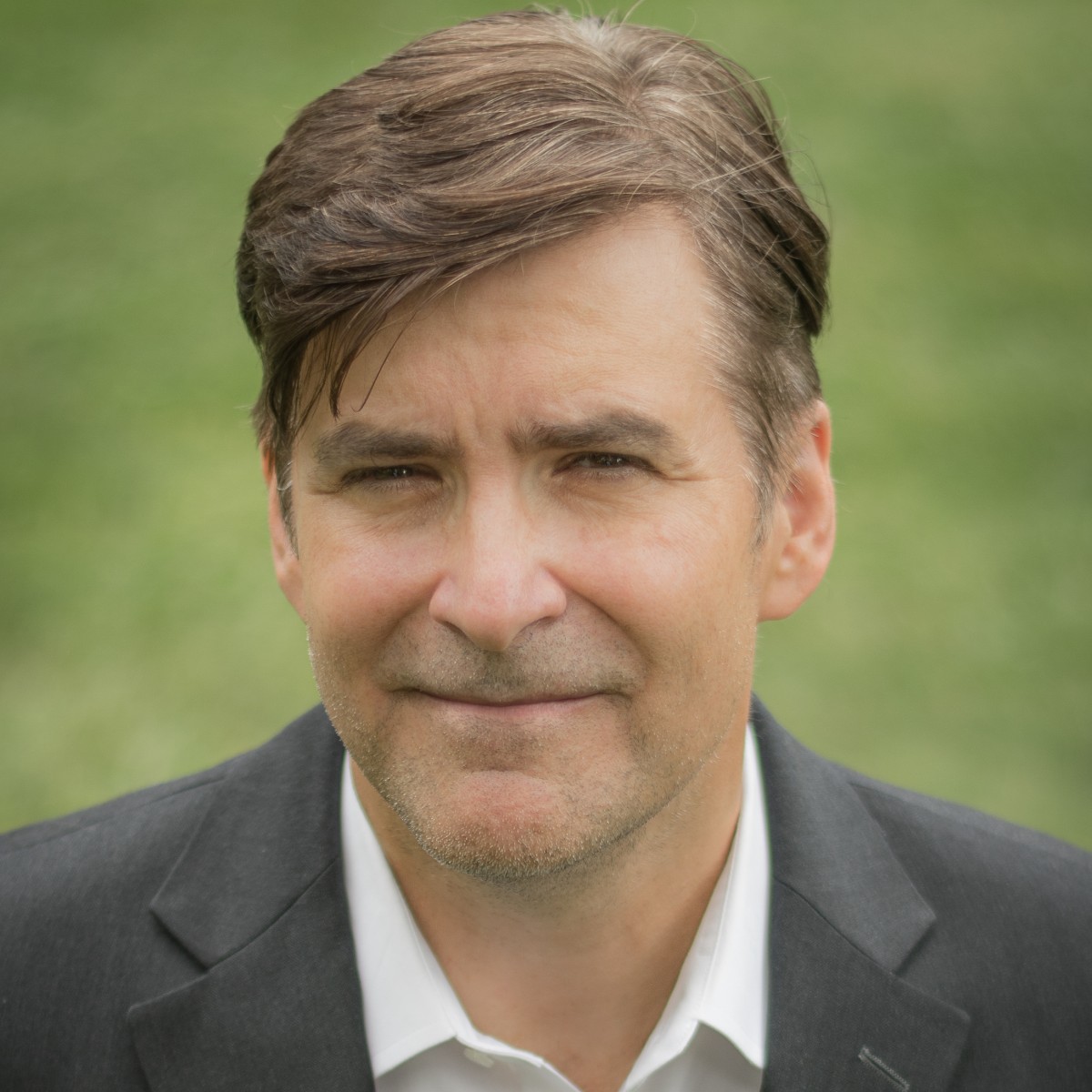 David Miller grew up in the farm area of Howard County in Maryland. He started his career at Goddard Space Flight Center (GSFC) in Greenbelt, Maryland, in engineering services as a government contractor. His first assignment was with the Sounding Rocket Division, where he developed a foundational understanding of solid rocket propulsion, electro-explosives, electro-mechanical devices such as motorized systems for experiment observations and parachute recovery systems, as well as instrumentation and data reduction. Mr. Miller later served as an integration engineer with the Special Payloads Division at GSFC. This assignment allowed him to work with scientific researchers from all over the world on a variety of space instruments, including micro-gravity, space phenomenology, astrophysics and small satellite deployments.

Mr. Miller's expertise in mechanical engineering has given him the opportunity to work with a number of prime government contractors to provide specialized engineering services in the areas of spacecraft and suborbital rocketry.  His positions have increased in responsibility leading to project management roles for technology developments for space applications as well as a program management role for a prime mechanical engineering services contract at GSFC.

Mr. Miller holds a Bachelor of Science in Mechanical Engineering and Systems Engineering from University of Maryland Baltimore County. He has over 35 years’ experience in the aerospace industry with space shuttle and satellite system design and program management experience. 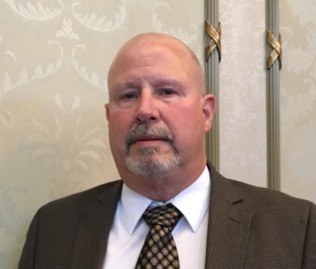 David Sohl grew up in the small town of Linthicum, Maryland just south of Baltimore City. He joined the United States Air Force in 1975 as an electronics technician working on Radio Relay Equipment and assigned to the 2187 Communications Group in Rimini Italy.

David began his aerospace career in 1979 at GSFC, developing sounding rocket payloads and supporting their integration, test, as well as supporting launches from White Sands, New Mexico and Siple Station, Antarctica. His career path then moved him to NRL as part of the Solar Ultraviolet Spectral Irradiance Monitor engineering team as an Electrical Systems Engineer. While at NRL he supported 4 space shuttle missions and the UARS satellite integration, launch, and commissioning.

He returned to GSFC in 1995 as an electrical engineer performing board and electronics box designs for the sounding rocket program and supported launches from Puerto Rico, Svalbard, Sweden, Wallops Island Virginia, and Poker Flats, Alaska. Dave’s aircraft experience was as the electrical systems engineer on High Resolution Airborne Wide-band Camera (HAWC) payload for the Sophia aircraft. From there he served as the I&T manager for the Burst Alert Telescope (BAT) for the Swift Mission from 2002-2005. As Instrument Manager he spearheaded pioneering work on the Microshutters subsystem for European Space Agency (ESA) Near Infrared Spectrometer (NIRSpec) for James Web Space Telescope (JWST), completing a successful critical design review. After this he was selected as the Branch Head for the Instrument Electronics Development Branch Code 564 and served in that capacity from 2009-2014. His final assignment before retiring from the federal government was as the Senior Integration and Test Manager for the Ocean Color Instrument (OCI) for the Plankton, Aerosol, Cloud, Ocean Ecosystem (PACE) Mission.

Dave’s career has taken him through all aspects of spaceflight instrument design, assembly, calibration, testing, launch and on-orbit operations. He has successfully lead instrument teams comprised of diverse engineering and science disciplines.

Dave Currently holds a BS in Electrical Engineering from Johns Hopkins University 1992, is the recipient of the NASA Goddard Thomas Bundney Award for Engineering Integrity in 2012 for his work on the Microshutter Array Failure Review Board, and is the recipient of the NASA 1981 Antarctic Service Metal for support of sounding rocket missions from Siple Station, Antarctica. 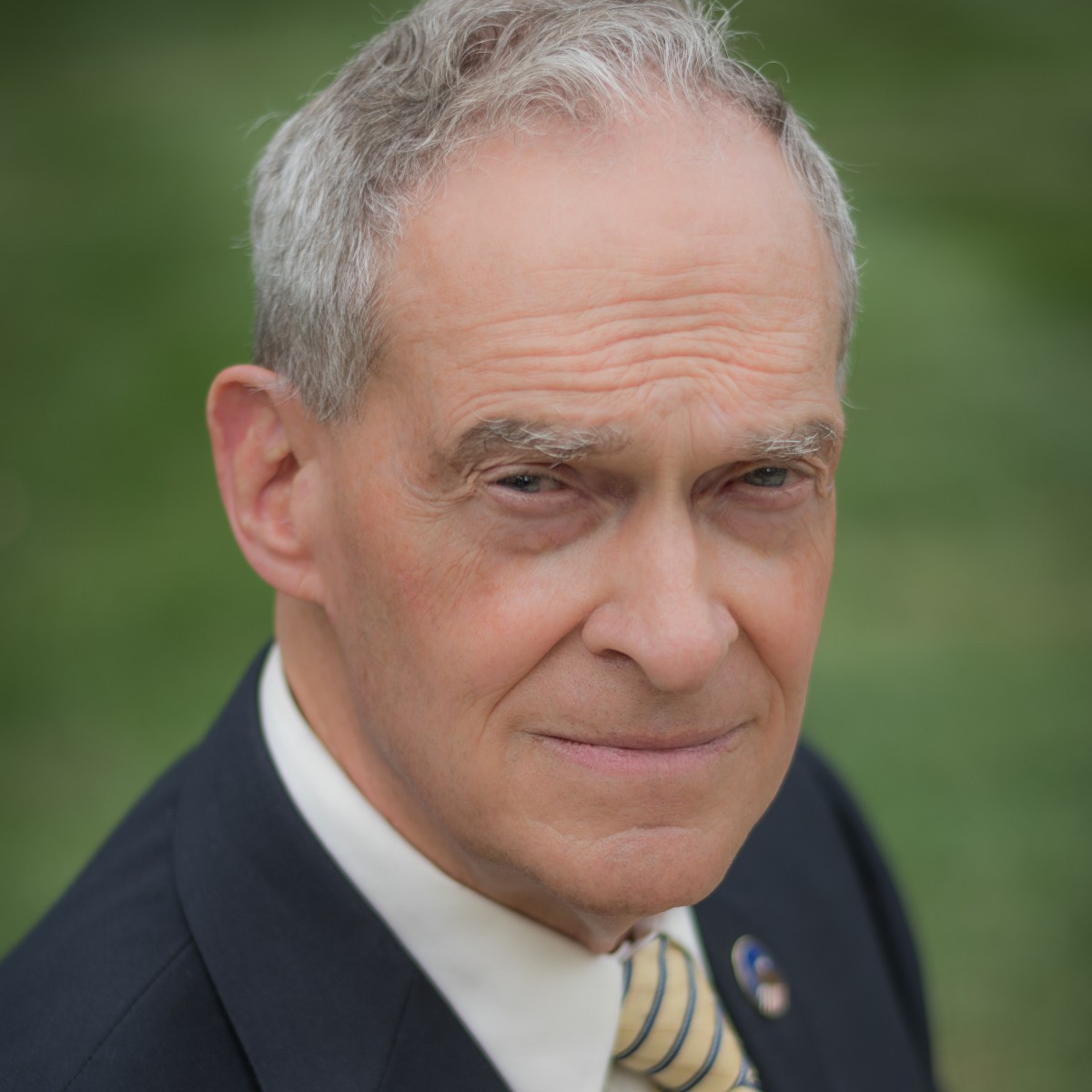 As Director of Strategic Initiatives, Jack Koletty provides senior strategic leadership to our business development initiatives. Mr. Koletty is an accomplished senior business developer with expertise in capture management and proposal development.  He has built multi-million dollar pipelines for large and small businesses.

Mr. Koletty's role within MERC provides a dedicated resource for generating and winning new business opportunities. He brings a wide-range of government agency contacts as well as relationships within the federal contractor community. Within the MERC NAICS codes and government agencies with which MERC has experience, Mr. Koletty provides opportunity identification, qualification, and development of teaming partners utilizing his strong presentation, negotiation, communication, and relationship building skills. Within MERC focus areas, he is conversant with client operations, terminology, policies, and organizational structure. 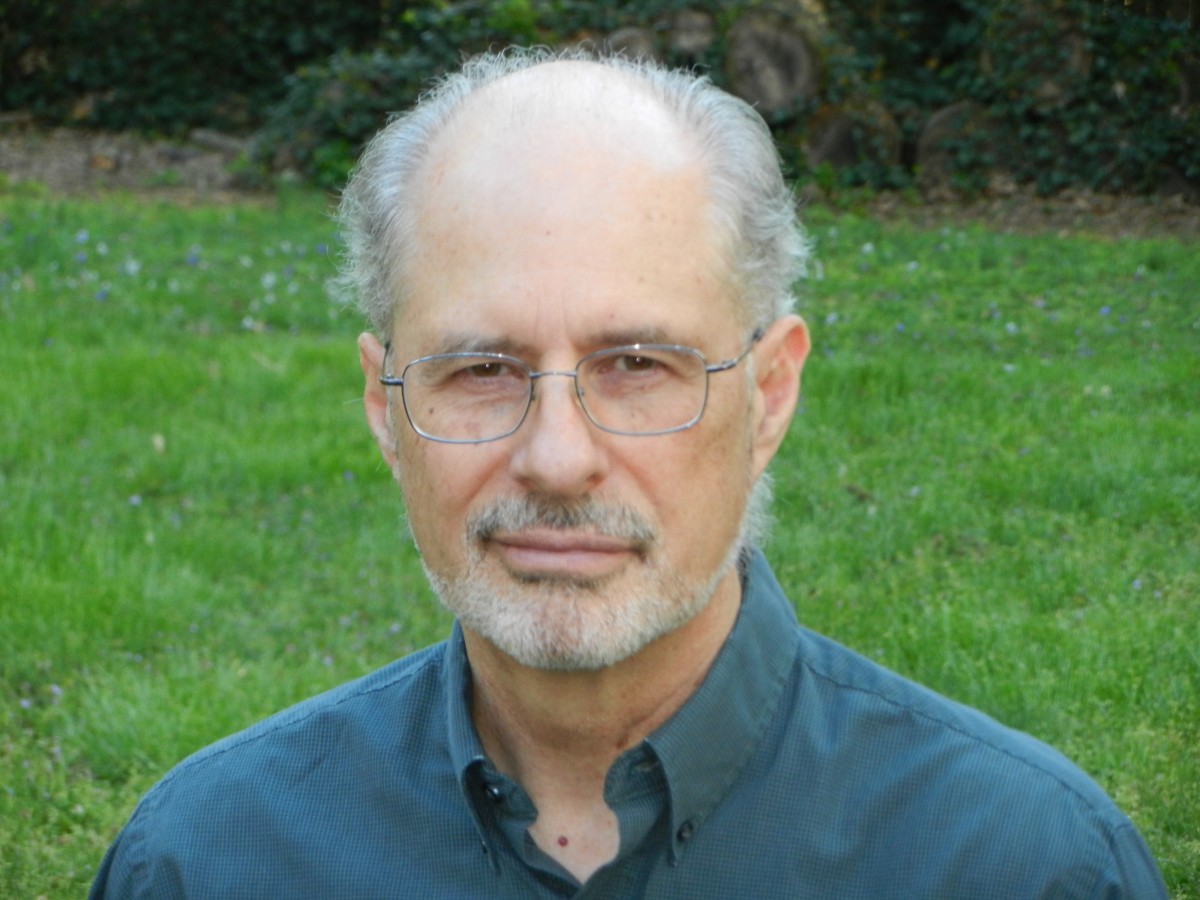 Mr. Zukowski began his career in aerospace in Southern California after graduate school in the late 80's, working on supporting various research efforts associated with the Strategic Defense Initiative, including high energy laser effects and related topics. His responsibilities included instrumentation and experiment development, as well as field tests. This early work set the stage for a career in instrumentation, testing and calibration over the entire range of optics from X-rays to the Far Infrared.

Moving to the DC metro area in 1990, Mr. Zukowski started working as a support contractor at Goddard Space Flight Center and spent the majority of his career there. An early opportunity to be a part of the Earth Observing System instrument selection review activity provided a path to work on numerous flight instrument programs developing optical test GSE, performing testing and calibration, and ultimately instrument systems engineering functions for such programs as HST COSTAR, EOS MODIS, HST NICMOS, EO-1, EOS HIRDLS, SWIFT UVOT, GOES, JWST, LCRD, Solar Orbiter, and Parker Solar Probe. Currently, he has been working with JHU APL in support of the EIS for the Europa Clipper mission, an exciting opportunity to get an in-depth look at the remarkable moon of Jupiter.

Mr. Zukowski has an M.S. in Physics from Caltech, and B.S degrees in Physics and Mathematics from Virginia Tech. He has received awards for the GOES collimator development (patent awarded), the HST First Servicing Mission, and for EO-1. 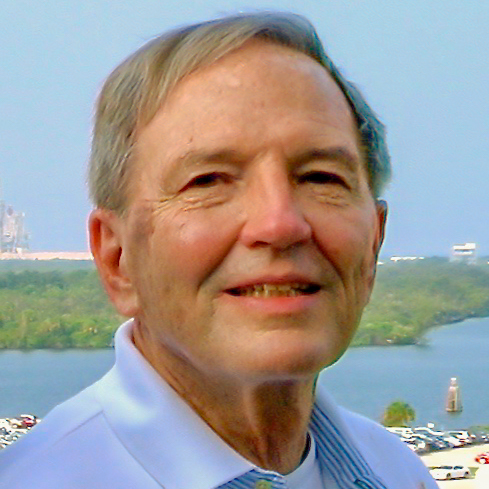 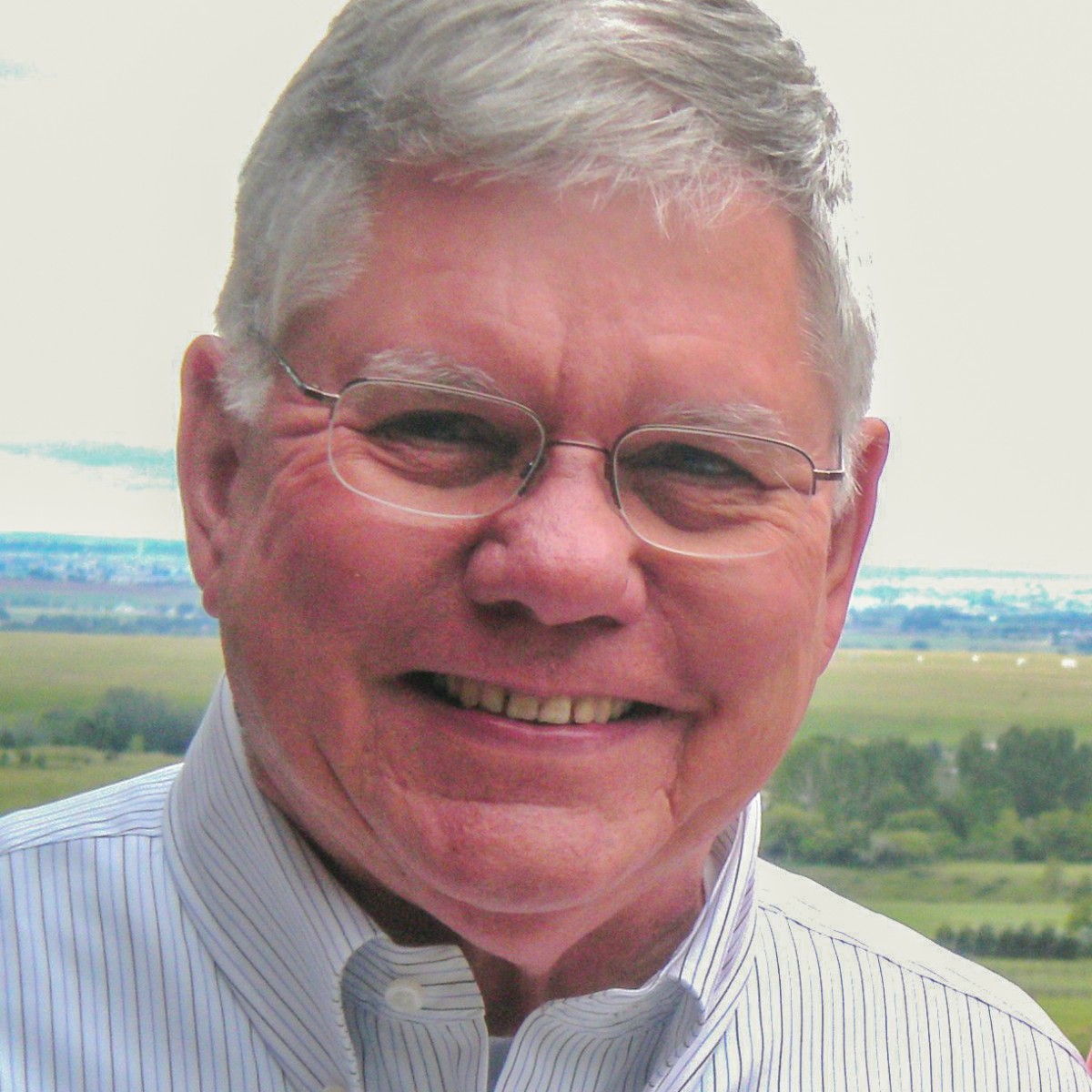 Charles J. Pellerin holds a Ph.D. in astrophysics from Catholic University as well as an executive MBA from Harvard Business School, and is the former decade-long director of NASA's Astrophysics Division, where he oversaw a multi-billion-dollar program, launched a dozen satellites, and led the team that repaired the Hubble Space Telescope. During his career, Dr. Pellerin has earned many awards, including NASA Goddard Space Flight Center’s highest patent-related award for a “Two-axis Fluxgate Magnetometer”, two Outstanding Leadership Medals from NASA for work as their Astrophysics Director, a Distinguished Service Medal from NASA for leadership of the Astrophysics Program, the Space Flight Award from the American Astronautical Society for developing the Great Observatories Program (which garnered over $15B for space astrophysics), and a Presidential Rank Award from U.S. Presidents Ronald Regan and Bill Clinton for his “…sustained superior accomplishments”.

Dr. Pellerin was also a Professor of Leadership at the University of Colorado’s Business School at Boulder, where he created and delivered a course on Leadership to undergraduates, MBAs, and executives. In 1995, Dr. Pellerin founded “4-D Systems”, where he supports his current passion supporting human-developers worldwide using his “4-D process” to enhance business performance. His book, How NASA Builds Teams (Wiley, 2009) continues to sell well in English and eight other languages. While Dr. Pellerin continues to receive honors from around the globe, a movie is currently in the works to chronicle his distinguished career and exemplary leadership skills. He currently makes his home in Boulder, Colorado, sharing a fulfilling life with his wife, Junko. 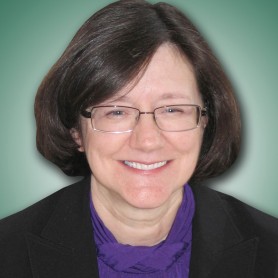 Janet L. Barth received a B.S. degree in Mathematics from the University of Maryland, where she pursued graduate studies in computer science, in 1978. Janet has been active in the radiation effects community for over 40 years. She was a lead radiation hardness assurance engineer for NASA space flight programs and supported the NASA Electronic Parts and Packaging (NEPP) Program, which focuses on the reliability of electronic parts for space programs. Ms. Barth was on the proposal team for the NASA Living With a Star (LWS) Program and served on NASA’s LWS Science Architecture Committee. She retired from NASA’s Goddard Space Flight Center (GSFC) in 2014.

At her retirement, she was the Chief of GSFC’s Electrical Engineering Division where she was responsible for the delivery of spacecraft and instrument avionics to NASA’s science missions, including the Solar Dynamics Observatory, the SWIFT Burst Alert Telescope, the Lunar Reconnaissance Orbiter, the Global Precipitation Measurement mission, and the Magnetospheric Multiscale Mission. She also directed the development of microwave and optical communications systems and suborbital avionics systems at NASA’s Wallops Flight Facility.